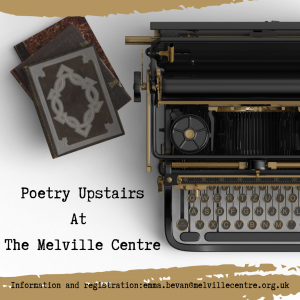 The posters go up. They look good. The pub’s large windows display the words, POETRY UPSTAIRS …

In this buy one get one free age; in this on-line world; in this reality TV-glued society, who’s looking for a poetry reading?

The answer, truthfully and most often, is a poet.

Audience-wise there’s a good mix dropping in: the rhyme-dabbler; the creative writing course enrolee; the scarred survivor of a love-crashed relationship (thank you, never stop) but few, oh so few of those who should have their ears close to the literary ground. I’m citing anybody locally who works in a bookshop; anybody who works in a library; anybody involved in associated arts and the promotion of arts; anybody who teaches literacy – at any level.

The mainstay patrons at any reading at the Hen & Chicks have always been writers and poets, supporting and challenging the guest reader, urging the very best for their £5.00 entry. No, you didn’t mishear. That £5 entry fee, held for a decade (for 13 years it was £3) has bought readings from: Carol Anne Duffy, Lee Harwood, Tom Pickard, Menna Elfyn, Chris Torrance, Peter Finch, Barry MacSweeney, Val Bloom, Ian McMillan…the list goes on.

Poets from USA, Canada, Australia, Spain, Italy, India and closer to home, Scotland, Ireland, England & Wales have guested at Poetry Upstairs. You can see much of this history by clicking here.

It would be a mistake to consider that the events operate in a division three or four poetry league table. The audience expects and gets the best.

‘to provide an opportunity for poets and writers to publish their work. Funding for each publication to be raised through a series of poetry events held in Abergavenny.’

It would be careless to exclude the force that Jeff Nuttall brought to the early readings. (For those who don’t know, Jeff Nuttall was, and remains, a highly regarded, polemical author and poet who came through on the British Poetry Revival wave and made his name with the ground-breaking publication, Bomb Culture in 1968). He was chairman of The Collective Writers Group (a branch of the already mentioned Collective) which met each fortnight at the Hill College, Abergavenny. This group of poets ploughed a deep furrow of expression. It was a challenging table at which to sit. Labi Siffre, Anne Cluysenaar, Graham Hartill, Jane Blank etc. tore into each other’s work like winter wolves. Jeff Nuttall demanded comment around the table was not enough and that the writing should be brought into the public domain. This resulted in the readings at the Castle Museum, Abergavenny.

At Andy’s house, by the canal at Gilwern, a dozen of us would meet, compile and staple the pamphlets ready for the next launch and reading.

After a year at Abergavenny Museum (by the way, Frank Olding was Curator there at the time and ‘procured’ that facility) a more permanent home was found: the Hen & Chicks.

I hope I’m creating the correct impression: poets are outsiders; activists, outlaws, revolutionaries unimpressed by a sanitized world – that said, one notable poet did actually work for a bank! Little wonder he wrote The Waste Land.

From the beginning (and to this day) the Abergavenny scene attracts poets from far and wide. The locus is Abergavenny, but the expression is far from parochial.

William Carlos Williams later pounced on it, “The local is the only universal – upon which all art builds.”

During the early years of the Abergavenny Poetry Scene audience numbers were constantly huge, with Robert Minhinnick and Canadian poet, John Clarke enjoying a peak turnout of eighty-six. Heady days, and although numbers are now variable, the spirit of poetry continues and the doors remain ever-open. Yes, the readings could have plummeted to the circus level of poetry slam or the weariness of poems ‘n’ pints in order to lure the public, but those never were, and are not options.

The readings have been likened to an Askesian Society of literary experimenters. There is no house style.

Thirty years on and the readings continue, open to all who wish to pass through or remain with one of the longest regularly running poetry reading series in Wales.

It’s been a joyous time, a love affair of sorts. The buzz of anticipation held in that upstairs room prior to every occasion is testament to the regard in which the oral tradition of poetry is held.

If you’ve never been… make a belated New Year’s resolution and do come along and be part of the The Abergavenny Poetry Scene at The Melville Centre for Arts..

Stay informed on all events at the Melville.