Many people born in Abergavenny in the first half of the last century received their secondary education at the Grade 2 listed, King Henry Vlll Grammar School which was built on Pen y Pound in 1898.

It replaced the earlier Grammar School in St. John’s Street, which was founded in 1543 with royal patronage and the proceeds from the dissolution of local monasteries. (Abergavenny’s Masonic Lodge now occupies this site.) For over 200 years, from the 17th Century onwards, scholarships to study for degrees were annually issued to the school’s pupils by Jesus College, Oxford.

The architect of the Victorian school was E.A. Johnston, well respected in South Wales for his design of many municipal buildings; this school was built in mock-Tudor style to reflect the lineage of the original Grammar School’s patron: King Henry Vlll.

The school building was extended to the north in 1904, and was given three new classrooms, a gymnasium and a library in 1926 (not included in the Grade 2 listing). The school thrived for over 70 years, although several of its pupils were lost in WW1 and WW2. One pupil David Rees, a professor of mathematics at Exeter, was on the WW2 Enigma project at Bletchley Park, another was Raymond Williams, the author of Border Country, first published in 1960 and reprinted many times since.

The school was closed in 1971 when the last of its pupils were transferred to the comprehensive school on Old Hereford Road. Monmouthshire District Council retained the use of the old school buildings which enabled Gwent Young People’s Theatre (GYPT), (founded in Pontypool in 1956 by Melville Thomas), to take up residence. It became their home for the next 46 years. 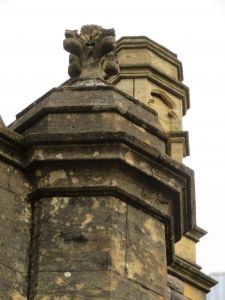 With the support of people throughout Gwent, including Aneurin Bevan, and Arts Council Cymru, Gwent Theatre in Education was launched in 1976 and funds were found to construct the 75-seat theatre.

GYPT, the longest established youth theatre in Wales, celebrated its 50th anniversary in 2006 and although the path of youth theatre has not run smoothly since 2010, it still flourishes at the Melville Centre in the form of Rareseed Theatre Company. For nearly 50 years opportunities for young people in Gwent to develop their theatre skills at the Melville have been recognized in Wales as outstanding.

When UK wide austerity measures were introduced Arts Council Cymru´s funding capacity was severely reduced; its funding of Gwent Theatre in Education was halved in 2012 and withdrawn from 2013. There was no option: all members of Gwent Theatre´s professional team had to be made redundant. In 2014 the withdrawal of local authority funding, also due to austerity measures, compounded the financial problems and further compromised Gwent Theatre’s viability.

A public meeting was called to find a way through the difficulties. It took place on 15 November 2014 and over 50 people attended.

There was consensus at the meeting that there had to be a viable plan for a sustainable, financially secure future if the Melville Theatre was to be retained for community use. The Melville Centre Working Group (MCWG) was formed; it included theatre and arts professionals, parents, teachers, and people with proven experience of theatre management and productions.

At the MCWG’s third meeting in January 2015, a local parent and Social Firms Wales adviser on social enterprise models, David Williams, agreed to take the Chair. In the following year, June 2016, a community interest company to manage the future of the Melville as a Centre for the Arts – for the benefit to the community – was registered with Companies House 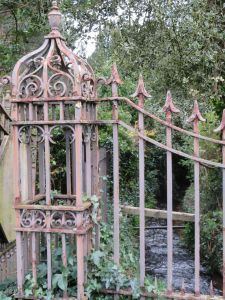 Meanwhile Gwent Young People´s Theatre, managed by Theatre in Education (Gwent) Ltd and supported by WEA tutors, continued to operate but with great difficulty. Finally, the board terminated their lease of the MCC premises in February 2017 and GYPT was dissolved.

By this time MCA CIC had started to implement their business plan, bring in some income and increase the footfall in the Melville Centre. They had also made a formal application for community asset transfer.

In March 2017 MCA CIC was successful in their application to MCC for a License to Occupy the Melville Theatre premises, and progress in negotiations for community asset transfer advanced.

Following lengthy fact finding and negotiations, in January 2019 Monmouthshire County Council agreed a two-stage process for Melville Centre for the Arts Community Interest Company to take over the site of the old Grammar School. This two-stage process is allowing MCA CIC the time to build the business and formulate and submit funding applications for the development of the site, prior to taking on full financial responsibility for its management.

Stage One is to procure funding for, and undertake, comprehensive surveys of the site, consult the community, construct site plans, and obtain outline planning permissions and estimates of costs for site development.

Stage Two is to procure further funding for the actual development of the site. This requires

1.the purchase of a parcel of green land on site which is not included in the community asset transfer – but which is essential for site access, safety and parking

2.the energy efficient restoration of the Grade 2 listed buildings and repair of the site’s ‘listed’ railings,

4.the remodeling of the external areas of the site and adjoining highways to allow for parking and safe ingress and egress of both vehicles and pedestrians.

A real challenge will be to continue the development of a sustainable business while Stages One and Two are implemented.

The Society has about 350 members and is run by a small committee who share out the tasks. We have a smaller Research Group who research, record and publish local history. The Victorian garden in the Castle grounds was made by the Society and is maintained by a small group. Members have a rota for Church watch at St Mary Priory Church on Wednesday afternoons. We commissioned and raised money for the Blue Plaques, the Ceramic Children’s Plaques and several information boards as well as contributing to the green topped QR History Points around the town. Regular lectures are held at the Borough Theatre, with a break in the summer months when we arrange visits to places of historic interest. We publish books on local history and have produced several free trail leaflets together with the Abergavenny and District Tourist Association for local walks of historic interest.

Coleg Gwent delivers Dysgu Cymraeg classes for Welsh learners at the MCA at all levels. In term time we have 13 Welsh classes a week.

Stitch Together meets every Thursday morning for two hours. Participants bring their craft projects and enjoy the company, swapping skills and ideas.

Dance Blast is the dance development organisation for Monmouthshire. We deliver a wide range of activities for adults and children.

At Careers Wales we can help you to plan your career, prepare to get a job, and find and apply for the right apprenticeships, courses and training.

CAREERS WALES Careers Wales provides free and impartial information, advice and guidance to anyone over the age [...]

Stay informed on all events at the Melville.